Starring Stephen Tompkinson as Frank and Jessica Johnson as Rita 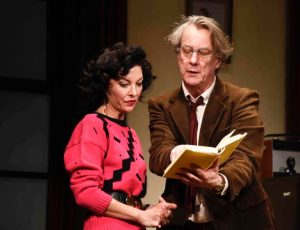 Twelve members and friends of Club 15 ascended to the Circle of the Yvonne Arnaud Theatre in Guildford in anticipation of a polished performance as it was the last of the run at this Theatre. Perhaps with memories of the Oscar nominated and BAFTA winning original film with Michael Caine and Julie Walters we expected great things, especially from well-known TV, Film and Stage actor Stephen Tompkinson in this 40th anniversary production of Educating Rita. 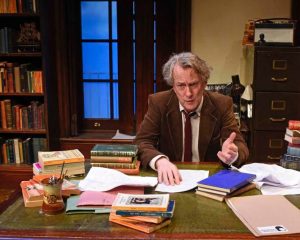 EDUCATING RITA tells the story of married hairdresser Rita, who enrols on an Open University course to expand her horizons, and her encounters with university tutor Frank. Frank is a frustrated poet, brilliant academic and dedicated drinker, who is less than enthusiastic about teaching Rita. However, Frank soon finds that his passion for literature is re-ignited by Rita, whose technical ability for the subject is limited by her lack of education, but whose enthusiasm Frank finds refreshing. The two soon realise how much they have to learn from each other. 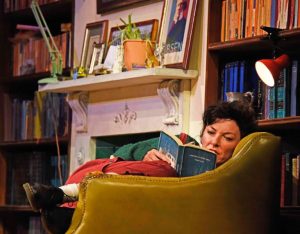 With just two actors the amount of dialogue delivered in this story was huge and both characters produced flawless, stunning performances rewarded by warm and enthusiastic applause from the audience at the end. A production we all agreed was well worth seeing.